SAN FRANCISCO – May 10, 2011 - Zynga Inc. Lady Gaga and Zynga announced a partnership to launch the mega-artist’s new album “Born this Way”. Launching May 17, the first-of-its-kind program gives “little monsters” throughout the world a first listen to exclusive un-released songs from the upcoming when they visit GagaVille, a uniquely designed neighboring farm in FarmVille. The full album also comes bundled as a free download with the purchase of a special Zynga $25 game card, available exclusively at Best Buy. The program reaches across Zynga games and across platforms. Words With Friends, the popular mobile social game available iPhone, iPad, as well as Android devices, will feature a daily “Words with Gaga” contest, giving players a chance to win Gaga prizes including tickets to an upcoming concert and a signed copy of “Born This Way”. Zynga is also rewarding players with limited edition Lady Gaga virtual items on RewardVille.com for them to enjoy across the Zynga games they love to play.

GagaVille is a "neighbor" in the Facebook game, FarmVille. Lady Gaga and Zynga, the creators of FarmVille, teamed up to make GagaVille. From May 17 to 19, one song from Born This Way will be exclusivly premiered if you finish the task that is given to you. VIP tickets are given to you after you complete a task an will be available for use on May 23, the day Born This Way is released. Zynga Rewards is also giving out items inspired by Gaga for their other games as well.

Gameplay from May 23rd to May 26th

Overview of the Market 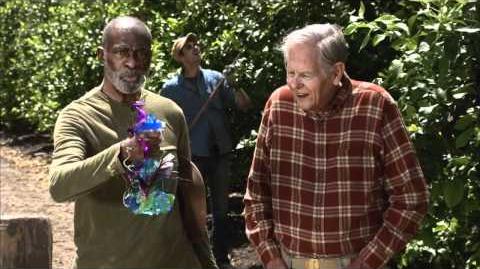 Lady Gaga and Zynga revealed a new word everyday during the time of their collaboration. Each word related to either Lady Gaga or the album. Players had opportunities to win a signed album and concert tickets to see Lady Gaga live. Winners were selected randomly, and the prizes were limited to the US only.

Lady Gaga and Zynga released $25 Zynga game cards that were sold from May 15 to June 11 in Best Buys throughout the United States and Canada. These cars came with a free download of "Born This Way" with exclusive bonus tracks. The card could be redeemed on Zynga's website for the album download code, effective beginning on May 23, receive an exclusive Lady Gaga unicorn for FarmVille, and a chance to win a day “On the Set with Gaga”. As part of this sweepstakes, seven players who redeem eligible game cards will win a day on the set of Lady Gaga’s next music video shoot anywhere in the world.