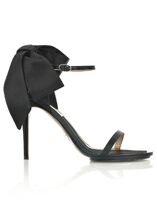 "Applause" Music video (2013)
Add a photo to this gallery

In July 2020, Lady Gaga has been named the new face of fashion designer Valentino's line of fragrance, Voce Viva.

Shot during quarantine in Los Angeles, the film is a collaboration between Maison Valentino artistic director Pierpaolo Piccioli with LA-based director Harmony Korin. The film opens on Gaga dressed in a signature Valentino gown in a forest near Los Angeles. "I felt strong and alive, hearing myself echo through the forest as I was singing in this dress. It reminded me of my freedom and how I get to experience magic, a freedom and magic I wish everyone to have," she says in the press release. Gaga sings a stripped-down version of "Sine From Above", and is then joined by a chorus of voices and diverse faces.

The film's message "My Voice, My Strength" is meant to invite "people to use their voice to share their values, diversity and beliefs," according to the brand. “My voice is what I am standing for, what makes me heard, it’s the statement of my individuality. The voice is alive. It has its own life. It’s a force of nature. Nature is powerful. It’s important how you use it," Gaga says in the release.

It all started with the fact that an opulent custom haute couture Valentino gown worn by Lady Gaga at the 73rd Golden Globe Awards has been put up for auction through Nate D. Sanders Auctions on October 31, 2019. The auction lot was accompanied by a letter of authentication of dress written by Sara Corea, a housekeeper at the Beverly Hilton Hotel. Sara's letter was written both in Spanish and English. In her letter Sara Corea wrote:

"Hello my name is Sara Corea.
I work as a housekeeper at the Beverly Hilton Hotel. I'm always present working in the Golden Globe events on January ever year for 24 years.
The artist (singer) 'Lady Gaga' left me this dress that she used the day of the awards (won first place because of the dress.)
I turned in the dress to the lost and found on the 8th of January 2019 after the time legally held by lost and found they gave it to me as a gift from her and today I want to auction the dress.
Sincerely,
Sara Corea"

Sara Corea then decided to put it up for auction with a starting price of $8,000. A receipt does seem to show that the dress was tucked away until September in lost and found, likely under less than ideal conditions.

The haute couture gown had been set to go under the hammer at Nate D. Sanders Auction House on October 31, 2019 but was removed from the sale just moments before bidding closed on the piece amid claims it had been stolen by a maid. It was reported the top bid had been just under $19,000 before the lot was withdrawn.

A spokesperson for Nate D. Sanders Auctions said that the auction house believes the housekeeper to be the rightful owner of the gown, saying:

"Nate D. Sanders Auctions prides itself on having legitimate and correct provenance on all items it places in the company's monthly auctions."

Typically, hotels keep lost and found items for three-six months. According to Nate D. Sanders Auctions, the dress was returned to Sara Corea on September 3, 2019.

"We have been made aware of a question concerning the provenance of the Lady Gaga dress being auctioned on October 31. Our research confirms the dress was given to the Beverly Hilton lost and found department, where it stayed for almost nine months. The hotel, in accordance with its longstanding policy, released the dress when no one claimed the item. The consignor has a receipt from the Beverly Hilton lost and found department and documentation, which accompanies the dress for auction."

But the situation has gotten murky as sources alleged that the dress was not Lady Gaga's to gift, or leave behind, as it remains the property of design house Valentino - helmed by designer Pierpaolo Piccioli - which has reportedly filed a report with the Beverly Hills police saying that the gown has been stolen. According to TMZ, law enforcement sources confirmed that someone from Valentino made an incident report with Beverly Hills Police on October 25, 2019 about the missing dress. A spokesperson for the department in statement to DailyMail.com said:

"On October 25, 2019, Beverly Hills Police responded to a radio call for service at 360 N. Rodeo Drive in reference of a possible theft investigation."

Police have closed their investigation into just who owns a Valentino haute couture gown.

Those parties include the maid at The Beverly Hilton who found the dress and Nate D. Sanders Auctions, who is handling the sale of the one-of-a-kind frock. A spokesperson for the Beverly Hilton had previously stated:

"While we are still conducting an internal investigation to understand all the facts, we have no reason to believe the item was stolen. We are working with all parties to retrieve the item and have it returned to its rightful owner as soon as possible."

The auction house said in a statement to DailyMail.com on November 16, 2019:

"This iconic dress has been withdrawn from the auction and has been returned to the Valentino archives. Thank you to everyone who has expressed interest in the dress worn by Lady Gaga at the 2019 Golden Globes."

There had been questions regarding the authenticity of the dress, but this statement confirms the gown was in fact worn by the pop superstar. Previously, the gown was never authenticated by designer Pierpaolo Piccioli, and a publicist for the design house had no comment when asked if the dress was real. A police investigation into whether the dress was stolen was a brief one, and the probe was closed by officials.

Retrieved from "https://ladygaga.fandom.com/wiki/Valentino?oldid=263276"
Community content is available under CC-BY-SA unless otherwise noted.