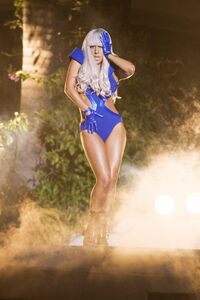 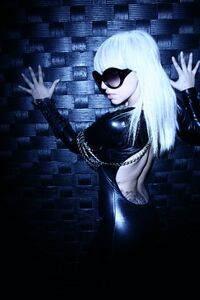 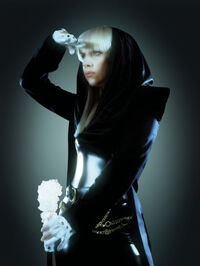 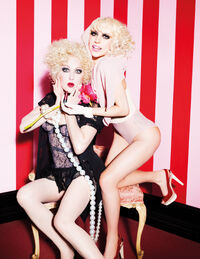 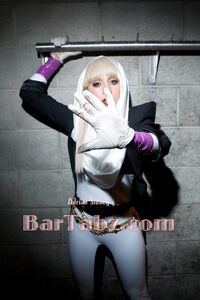 heyo!, I'm TCypherW, an admin and co-founder of the Gagapedia (2009-Present).

Take note of the new set of Policies and Guidelines. Also, if you are new or unfamiliar with the wikia editing system, you may either take a gander here to learn the ropes, or request articles. Do you see something wrong with the formatting of a page? Is there false information? It's up to you to fix it! This is a collective project, and we all work on it together! Granted, there might be some things you aren't sure about, that's okay too! Leave a message on my talk page, or shoot MiKael a note!
On a more serious side, I do not put up with spam. I do my rounds on the site, I check most edits made. If I happen to erase an edit you feel should be on a page, drop me a message on my talk page, I'm not a robot, I do make mistakes. If I make an edit on a page after you did, it's probably just to "clean" up the edit. IE: Formatting, grammar, etc. Anyway, I look forward to your contributions!

I like similarity. I like to see consistency on related pages, so if I make a massive amount of minor edits in a closely related time, you'll know why. ;)

I became a Gaga-addict in early 2008, after first hearing her in 2005-2006 during a few live performances. When The Fame first came out in stores, I just knew I had to get my hands on it. Since the release of The Fame Monster (03033/10000), I've become a more dedicated fan. Needless to say Born This Way and ARTPOP have continued to draw me back as a fan.

This project has definitely been an awesome experience, seeing it grow in page quantity, but also in community. Being able to share the vision with fellow teammates, MiKael, Agpuh, KERmonster, Gala.kapanadze, and Dirty Gogo. See you on the flip side!

The following billboard post is from Lady Gaga's PureVolume page.

Whose that lady? She's 20. She's a songwriter. She is a singer. She's a pianist. And sheez-a-crazy. A RETRO, DANCE, FREAK. She has ears made of classic-rock, a voice of the 60s, the moves of a Brit-Disco queen, and a heart made of doo-wop and strawberry milkshakes. If she had it her way, retro would be a noun, and pop just a cute name for soda--not a dirty word. She's a tiny person with a big voice and a lot of love to spread. GaGa was chosen by the Songwriters Hall of Fame, to be one of nine performers in the 2006 New Songwriters Showcase. At this live performance, dancing at the piano in her trade-mark spanky pants and black eyeliner--the hypothetical lovechild of David Bowie and Jerry Lee Lewis--LADY GAGA, was discovered. Almost overnight, GaGa signed a production contract with Sony's multi-platinum producer, Rob Fusari. Her debut album is is a hip-hop infused pop-lovers dream. Combining her love of Beatles' melodies with retro dance beats, plastic synth sounds, and a corky rock piano style that solidifies her as a true drama-QUEEN. Not to mention her voice. Well, we suggest just listen for yourself. Peace, Love, & Disco. TEAM LOVE CHILD a.k.a the very first gagas

Lady Gaga is clearly the next big thing to happen. Shes got an amazing voice, shes talented, she writes her own music, and is definitely the next big star to blow up. Listen to Beautiful Dirty Rich it will change your life.