The Trapped Film is an interlude featured on Joanne World Tour directed by Lobster Eye.

The Interlude starts with flashing images of two walls changing of colour with Gaga seen pushed between and buzzing around. After that, Lady Gaga is seen standing still between two purple colored walls and after that noticed the walls are coming closer. Gaga is seen trying to push the walls away while they change of color and screaming but nothing helps and at the end of the Interlude Gaga is seen stuck between the walls and gets pushed away with the screen turning red.

Lady Gaga wears a custom outfit by Kaimin, high boots by Kira Goodey for Colin Horgan, and earrings by Laruicci. 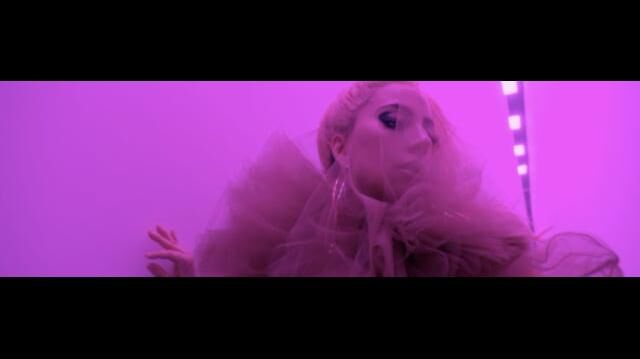 Some of the pictures of this film were used for the official Joanne World Tour merchandise.

Retrieved from "https://ladygaga.fandom.com/wiki/Trapped_Film?oldid=242152"
Community content is available under CC-BY-SA unless otherwise noted.