Start a Wiki
The Hollywood Reporter is a multiplatform American media brand founded in 1930 and focusing on the Hollywood motion picture, television, andentertainment industries, as well as Hollywood's intersection with fashion, finance, law, technology, lifestyle, and politics. Headquartered in Los Angeles,THR is now part of Guggenheim Digital Media, a group of properties that also includes media entities Billboard, Adweek, Back Stage, Sonicbids, the Clio Awards and the Film Expo Group. Under Janice Min, THR was relaunched in 2010 as a weekly large-format print magazine with a revamped, continuously updatedwebsite as well as mobile and tablet editions.

At THR, the staff is well-acquainted with things happening last-minute. But the occasion of the cover shoot for this year's 25 Most Powerful Stylists required more scrambling than usual. On March 4, style editor Carol McColgin, who produced and edited the package, got word that Lady Gaga had agreed to be photographed. By Karl Lagerfeld. In Paris during fashion week. McColgin hopped a flight the next day: "All I knew was that Gaga and Lagerfeld were a go for Saturday the 7th, but we didn't know where or when. Which sounds crazy, but not at THR. I was so jet-lagged that I wore trainers to the shoot, which turned out to be at Coco Chanel's apartment. Fashion sacrilege, yes, but wasn't Coco all about liberation?"

This year's Power Stylists issue comes on the heels of an awards season in which a groundswell of substance loudly questioned the validity of style for style's sake (exhibit A: the much-maligned mani cam; and exhibit B:#AskHerMore). Fitting, then, that the talented stylists who made the cut appreciate the importance of their aesthetic guidance in a culture in which fashion trends travel at the speed of a million tweets. Shaping the winning personal and professional styles of, say, Channing Tatum, Kate Hudson, Rita Ora, Emma Stone or Cinderella herself, Lily James, is a damned serious business. Just ask cover subject and style changeling Gaga.

"We don't make a move today without Karl", she gushed during the shoot. "That's the way I am with Tony [Bennett] on the stage — he is the star of the show because he is the legend, and it's the same with Karl" Gaga's suggestion for champagne at the shoot — which included a photograph of her in the same Chanel dress worn by Cindy Crawford in Peter Lindbergh's 1991 "Wild at Heart" Vogue feature — was spot-on. "Being on Coco's couch and having champagne in her apartment — it should always be a moment that we remember", said Gaga. "So we are not just creating fashion as a look but an entire experience. It's our life. It's the reason I do it every day". 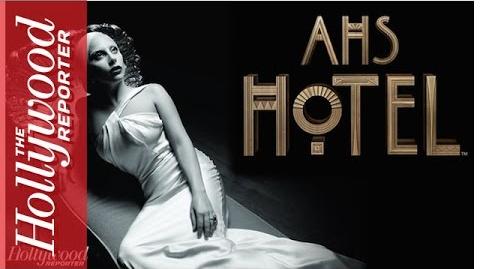 Hollywood Reporter - AHS Hotel
Add a photo to this gallery 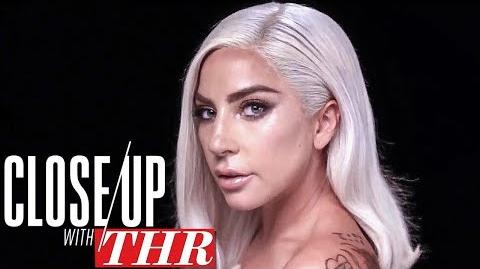 The Hollywood Reporter - Actress Roundtable
Add a photo to this gallery

Retrieved from "https://ladygaga.fandom.com/wiki/The_Hollywood_Reporter_(magazine)?oldid=221989"
Community content is available under CC-BY-SA unless otherwise noted.