Sunglasses or sun glasses are a form of protective eyewear designed primarily to prevent bright Sun light and high-energy visible light from damaging or discomforting the eyes. Lady Gaga enjoys a large variety of sunglasses, which ranges from retro to futuristic glasses. In many of her videos, as well as public appearances she can be seen wearing sunglasses. Just as with the hats and headpieces, so too, do her glasses play a large role in her overall image. During an interview, she mentioned that she couldn't even see through the glasses she was wearing that day. She was wearing them for the purpose of the outfit. While participating in an interview with Barbara Walters, she took off her sunglasses, however, she also mentioned that she doesn't often take off her sunglasses for interviews. 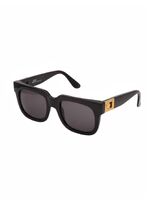 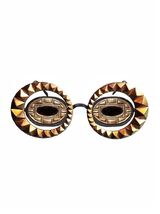 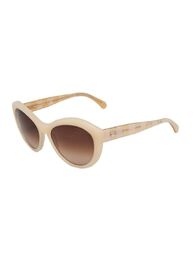