August 1: Nobody Likes A Remake, Except For Us!!Edit

I like everything about it except when they light paper on fire. We weren't allowed to do pyro-techniques in the video (believe me I tried) so don't do them at home! please. but lovely girls. I give it 4 stars.

August 1: Someone Tell Benji and Paris to Stop Sweating Haus of GagaEdit

When's the last time you saw Paris wearing all black with red lipstick? Never. Get your own style hilly. We know you might be getting some tips from your rocked bf, but next time you want to be bad ass, don't wear a headband.

Paris Hilton and Benji Madden
Add a photo to this gallery

He's the lead singer of one republic and a brilliant songwriter. He wrote "Bleeding Love." I hung with Ryan backstage on his birthday after our performance. Swoony swoon loves pop writers. He and the band were so nice, they tore it up. I'm currently searching for the video I have of Farrell and me vogueing during "She wants to move." I find I promise. 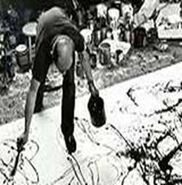 Jackson Pollock
Add a photo to this gallery

Alla Jackson Pollock anyone? My make-up artist, Donald Simrock, who is also the Beauty Editor for Fashion/Art mag "FLAUNT," asked me to do a pictorial for them. THIS WAS THE SICKEST SHOOT EVER. Shot by my girl Gita. I felt like I was in the silver factory in the 80's, rose wine and all. So basically Donald simmy did to my face what Jackson did with rope to a canvas. Hahahahahaha. I love Flaunt!

These are my very good friends. So get behind and support, because honestly, the rock scene doesn't exist without them. And when Justin Timberlake said he was bringing sexy back, he lied, because Justin TRANTER (the hot blonde) will tell you sexy never left. And next to it is an old pic from our show at REBEL, making out on stage in 2007 while SPW sang a song about Jesus. Ahhh, the good old days. They're a great live, they're a must see if you live in LA or NY, but if you can catch them somewhere in the middle do it. NOW. Go.

In response to the flood of comments I've received re britney due to my radio interview. yes. rumors are true. I wrote TWO songs on it :). And no I will never tell you the names, buy her album and find me in the credits. And her comeback is going to make you all pee yours pants and wish you never posted those dumbass YouTube videos. Because really, what is more, rock-n-roll than going on stage under the influence of your panties. Nothing! Absolutely nothing. And yes impartial because I used to do that. Love love loves you B. 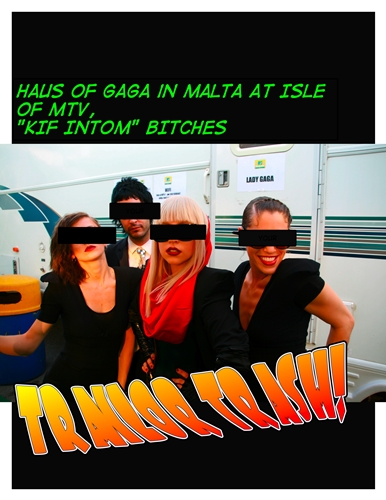 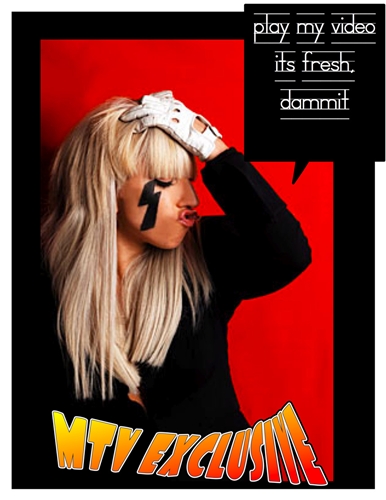 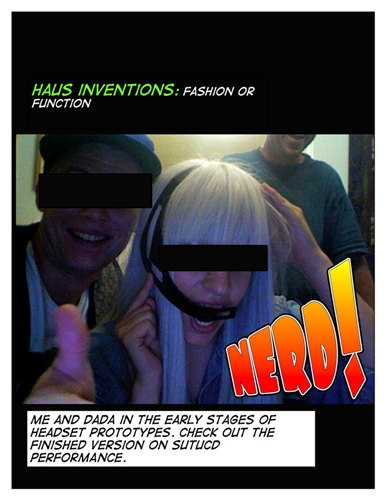 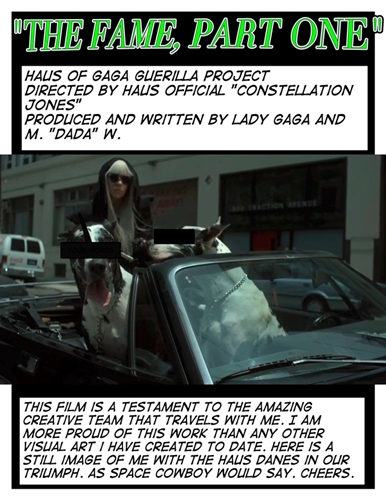 Retrieved from "https://ladygaga.fandom.com/wiki/Official_Website/Haus_of_Gaga/August?oldid=205195"
Community content is available under CC-BY-SA unless otherwise noted.