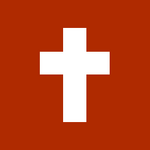 Little Monsters is a social networking service and website dedicated to Little Monsters, the fans of Lady Gaga. The community was created by the Blackplane, a company co-founded by Troy Carter.

"In late 2010, Lady Gaga called Troy Carter. She was on the Sony lot, where she'd just seen an advance screening of The Social Network. "Why don't we start one of those for my fans?" she asked." From there, Blackplane was founded and it first community became Little Monsters.

In May of 2011, a launch page was created asking people to sign in with their Facebook Connect accounts. The first 1,000 people, along with a select few Lady Gaga community "tastemakers", got the first 1,000 invitations to the site for the beta launch in February of 2012. The website was launched in July of 2012.

February 2014
Add a photo to this gallery

The Fame Monster Era Paws up

The name "Monstervision" is a mix between "Monsters" (fan) and "Gagavision" (her online series). It's the name of video blog replacing Transmission Gagavision and is posted on Little Monsters.

See this page for her archive.

Gaga went to the Backplane's office to meet the team on January 9, 2011.

Retrieved from "https://ladygaga.fandom.com/wiki/Little_Monsters_(website)?oldid=213400"
Community content is available under CC-BY-SA unless otherwise noted.