In July, Lady Gaga and Tony Bennett recorded a special, titled "Cheek to Cheek LIVE!", where they performed songs handpicked from their album, and in August, was photographed by Devin Doyle for the H&M Holiday Campaign. In September, she performed at The Plaza Hotel for Harper's Bazaar NYFW Fete, and in October, she performed with Tony Bennett on Strictly Come Dancing. She performed on The View on November 26th. In December, she appeared on multiple talk shows, including The Colbert Report and Good Morning America. She also performed at the 37th Annual Kennedy Center Honors Anniversary.

In February, Gaga went to multiple award shows, including the 2015 MusiCares Person of the Year and the Grammy Awards, where she performed with Tony Bennett. On the 22nd, she performed a tribute to "The Sound of Music", showing off her vocal abilities more than ever. In March, she attended the Polar Plunge in Chicago and Arianne's Wedding in New Orleans, and in April, a commercial for Shiseido's 2015 campaign starring her aired. In May, Gaga attended the 2015 Met Gala. In June, she performed "Imagine" at the Baku 1st European Games and performed for a Hillary Clinton fundraiser in NYC. In August, she was photographed for the 5th season of "American Horror Story", which she starred in and was seen on the set of that month. In September, she attended the Emmy Awards, and in October, her cover of "I Want Your Love" for Tom Ford's Spring/Summer Womenswear 2016 collection premiered with a music video. The fifth season of "American Horror Story" also premiered in October. In November, she was seen at the British Fashion Awards. In December, she performed the theme from New York, New York at a Frank Sinatra tribute concert and performed "Til It Happens to You" at Billboard 2015 Women in Music.

In January, Gaga attended the Golden Globe Awards, where she won an award for best actress in film. In February, she performed the national anthem at the 50th Super Bowl, and performed a tribute to David Bowie at the Grammy Awards. She also performed "Til It Happens to You" at the Academy Awards. In April, she performed at a sexual assault prevention rally in Las Vegas. In May, she launched the "Love Bravery" collection at Macy's. In June, she attended a meeting of USCM and had a discussion with the Dalai Lama about humanity and kindness.

July
Add a photo to this gallery 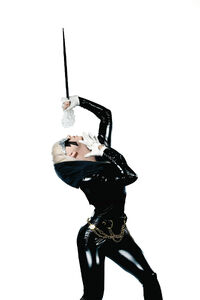 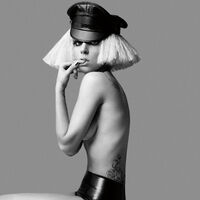 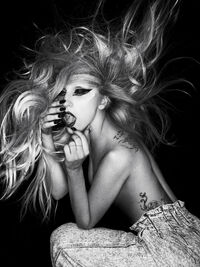 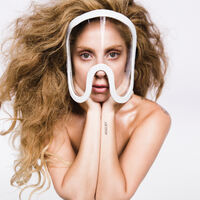 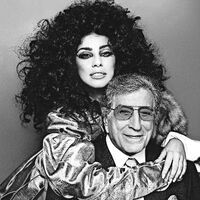 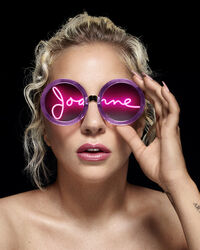 2016-: Joanne
Retrieved from "https://ladygaga.fandom.com/wiki/Lady_Gaga/Cheek_to_Cheek?oldid=215328"
Community content is available under CC-BY-SA unless otherwise noted.