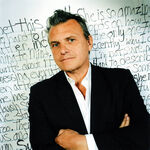 Jean-Charles de Castelbajac, also known as JC/DC, born 28 November 1949 in Casablanca, Morocco, is a fashion designer. As the Marquis de Castelbajac, he is a French nobleman. He has enjoyed international success with some of his creations, including a coat of teddy bears worn by pop star Madonna and by supermodel Helena Christensen in the film Prêt-à-Porter. JC de Castelbajac has befriended artists such as M.I.A, Cassette Playa, Curry & Coco, and The Coconut Twins.

Terry Richardson
Add a photo to this gallery

Retrieved from "https://ladygaga.fandom.com/wiki/Jean-Charles_de_Castelbajac?oldid=222812"
Community content is available under CC-BY-SA unless otherwise noted.