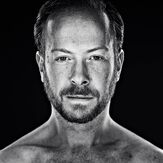 Jan Taminiau (14 September 1975) is a Dutch fashion designer who launched his own fashion label bearing his name (written as one word) in 2003. He designed a dress worn by Princess Maxima during the opening of the Mode Biennale exhibition in Arnhem in June 2009. Born in Goirle, Netherlands and based in Amsterdam, Taminiau had an atelier located in the heart of the Red-Light prostitution district in Amsterdam. He designed the blue dress worn by Queen Maxima at the Investiture of Willem-Alexander.

Jan Taminiau's reworked some of his creations from this collection to make new outfits for the "music video for Yoü and I".

Retrieved from "https://ladygaga.fandom.com/wiki/Jan_Taminiau?oldid=191322"
Community content is available under CC-BY-SA unless otherwise noted.