Gaga: Five Foot Two is a 2017 documentary film about American singer-songwriter Lady Gaga, and the events in and around the production and release of her fifth studio album, Joanne, and her subsequent halftime performance at Super Bowl LI. The film, directed by visual artist and documentarian Chris Moukarbel, is set to make its debut at the 2017 Toronto International Film Festival before having a worldwide streaming release on Netflix on September 22, 2017. It was also shown during Joanne World Tour European Leg before each of her shows.

According to Netflix, Gaga: Five Foot Two is of cinéma vérité style, as to give viewers "unfiltered, behind-the-scenes access" to a year in the life of Gaga, during which they cover the production and release of her fifth studio album, Joanne. Many events are covered including her experiences with her entourage, her encounters with fans and her struggle with chronic pain caused by the onset of fibromyalgia. The film also offers an extensive look at the creation and execution of her critically lauded Super Bowl LI halftime performance, in addition to a variety of other topics and events, including her home life, the filming of her guest role as the character 'Scáthach' on American Horror Story: Roanoke, and a discussion about her feud with singer Madonna, among other things.

The documentary's poster and cover art, featuring rainbow waterfalls, flowers, and an extra eye streaming down Gaga’s face, was created by Berlin-based German artist Drømsjel. His work is characterized by a surreal combination of vintage collage and digital manipulation, attracted the attention of the film's director, Chris Moukarbel, on Instagram. According to Drømsjel, the piece was a collaborative effort between himself, Gaga and her team, Netflix, and Dutch photography duo Inez and Vinoodh, who shot the photo for the cover. The original photograph was taken on September 23, 2016. It debuted in black and white in the cover story of Harper's Bazaar US December 2016 / January 2017. Gaga wore a dress by Carolina Herrera, and a hat by Gladys Tamez.

A GIF was also made by Drømsjel using a still from the set of the music video for "Perfect Illusion" on August 29, 2016.

Gaga promoted the documentary on September 21st, 2017 via Twitter:

On September 22nd, 2017, a promotional bus drove around in New York City giving away t-shirt and temporary tattoos to promote the worlwdwide release of the documentary.

The personalized thumbnails were made by BLT Communications. 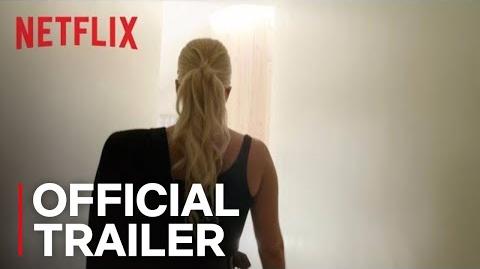 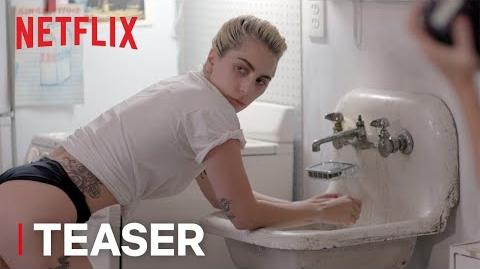 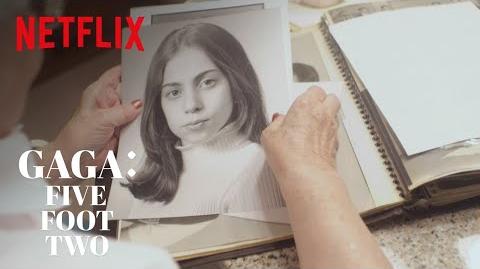 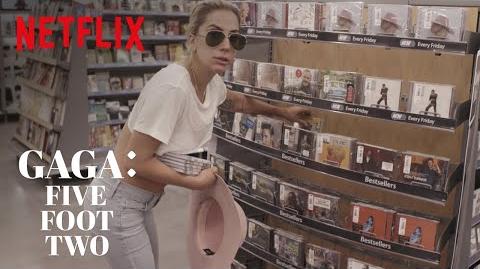 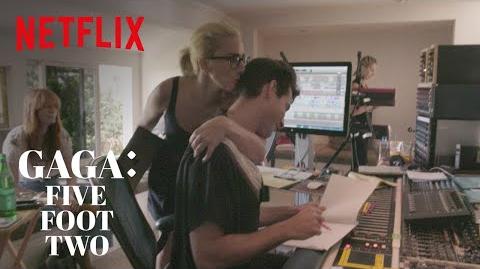 A series of DVD were made by Netflix specifically directed towards members of the Television Academy for 2018 Emmy Awards.